CITY STEAM BREWERY City Steam Brewery Cafe was doing the craft brew thing before it was THE CRAFT BREW thing. They’re just as comfortable being a family friendly dinner spot before a Wolf Pack game as they are being a Pool Hall and Brewery for a drinking crowd after the game. And that’s not all […] WOOD-N-TAP The Wood-n-Tap makes some of the very best pub around, like super yummy bar bites – little burgers topped with American cheese, pickles, and honey Dijon, MONSTER Nachos (please make monster noises when you order it), wings, and a bangin’ California Cobb Salad. Their Hickory Burger is a thing of beauty covered in bbq […] Republic at The Linden HANGING HILLS BREWING COMPANY The history of Hartford’s newest brewery is steeped in hops and local history. Tales tell of a mystical dog that roams the ridges of the Hanging Hills just south of this city. One sighting portends elation, the second, existential dread, and the third, certain death. While the dogs at Hanging Hills Brewing Co. hold […] 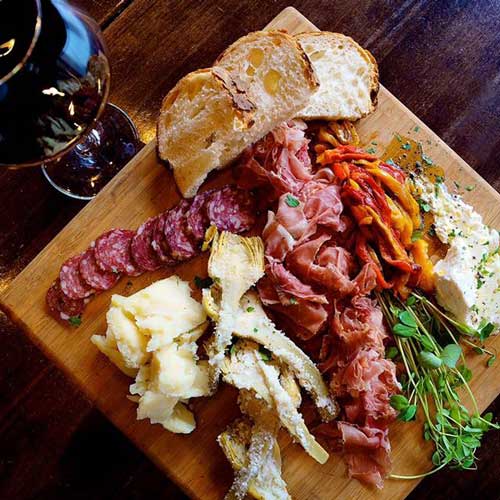 SORELLA Sorella specializes in traditional wood fired Neapolitan pizza, fresh pasta, and antipasti. The restaurant is comfortable – cozy even. This restaurant will go very quickly from “Why don’t we try Sorella,” to “Why don’t we go to Sorella again.” Take a look at the menu, and know that every single thing on there is […] POLISH NATIONAL HOME This spot is one of the coolest places in Hartford. Once you’ve been there and gotten the lay of the land you can bring all your friends and be the big shot who introduced them to the Polish National Home. This place is known for their Golabki, Pierogi, Bigos, Placki ziemniaczane, Krokiet […]